Home » At Your School 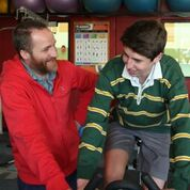 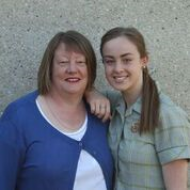 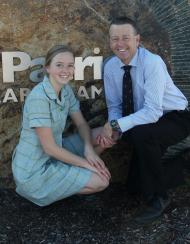 Bullying is one of the harshest realities close to parents and families as they try to communicate with their bullied child. And, one of the severest consequences of bullying is child and teenage suicide. The makers of this documentary, allied with several organisations to deal with bullying have combined for this film, given worldwide release by the usually more commercially-minded, the Weinstein Company. Parents could find the film quite harrowing. However, the director, Lee Hirsch, has opted for a more straightforward exploration and avoided sensationalism. It is an important film for teachers and education authorities to watch. Also local police who have to deal with complaints and investigate. While there is physical bullying in the stories told, there is far more emotional and psychological bullying. Many adults can dismiss such behaviour as boys will be boys or, that’s part of growing up. One authority states plainly that it is only physical violence that has any sway with him. He has no sympathy let alone empathy with a child who claims mental bullying. The film offers many siutations where adults dismiss bullying. Lee Hirsch focuses on four stories and then brings in a fifth after the first hour of the film. The states where his stories come from are Iowa, Oklahoma, Georgia and Mississippi. The first story, that of Tyler Long, offers a thread for the film, especially as his parents want his voice to continue to be heard and have been campaigning on behalf of underage suicides. We see interviews with Tyler Long’s father and mother and a selection of home movies, building up the case of bullying pressure until Tyler hanged himself at age 17. The fifth story is also one of a suicide but this time the boy was eleven when he killed himself. His parents, who tell us that they are ordinary people, nobodies, but they too have been campaigning on behalf of bullied children. Three other stories are interwoven, a quite lengthy story of Alex, something of a loner, though from a large family, who looks awkward (he was born prematurely after 26 weeks and was expected to live only 24 hours). His personality comes across well (as well as his parents and sister). He is from Sioux City, Iowa. The school commission of the city welcomed the film-makers, illustrating some details of day-by-day life in the school and the response of the Assistant Principal. There is nothing particularly new in Bully. That is not important. The film serves as a reminder of the realities of bullying and a challenge to society of how they will deal with it, especially for the sake of the children – so that the bullying will not be so bad that the child finds there is nothing else but to kill themselves - Peter Malone, Australian Catholic Office for Film & Broadcasting. Documentary Film. Directed by Lee Hirsch. Rated M (Mature themes and coarse language). 98mins.

The following document The right to feel safe: the rise of bullying in our schools is recommended for your reading.

Online Safety – A resource from the Australian Government

The National Centre Against Bullying (NCAB) is a peak body working to advise and inform the Australian community on the issue of childhood bullying and the creation of safe schools and communities including the emerging issue of cyber safety.
NCAB is an initiative of The Alannah and Madeline Foundation. www.ncab.org.au
03-96070666.

Bullying in schools & what to do with about it - Dr Ken Rigby http://www.kenrigby.net/

Bullying is a human resource and legal risk. It has OHS, termination, ... Workers compensation also plays a part, as bullying injuries are compensable. http://workplaceinfo.com.au/hr-management/performance-management/bullying